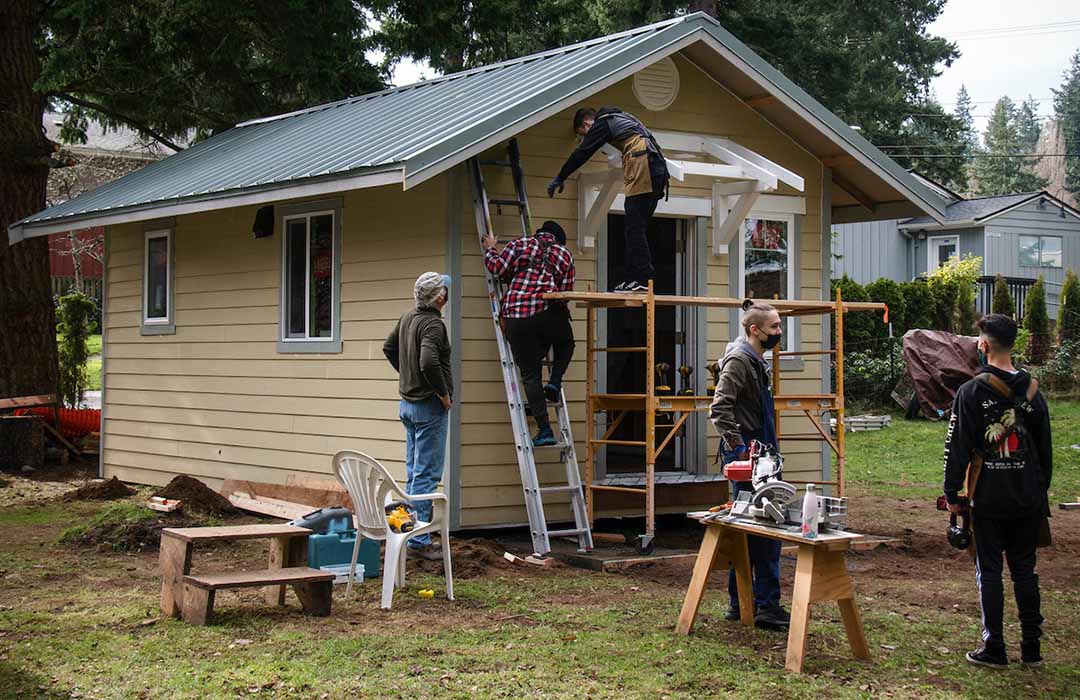 Note:  This story first appeared in "This is Whidbey" and is reproduced with permission.  You can read the original story on that website here...

The village, located across from the South Whidbey Community Center, represents a five-year effort of volunteers, donation of goods and services, permitting with the City of Langley, and help from high school students. 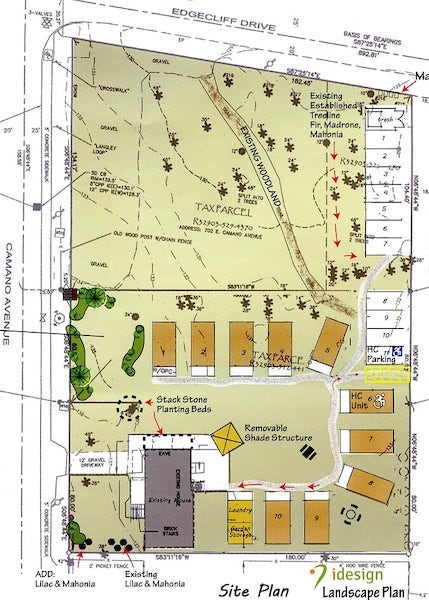 Tiny Houses in the Name of Christ, or THiNC, began as an idea in 2017, and is the first tiny home village to be approved in Island County. The plan for each of the nine, 264-square foot homes contains a bedroom, bathroom, and living room/kitchen. The cost for building each home was reduced to $22,000, thanks to volunteer help and discounts given on building materials. Prior to the tiny homes’ conception, THiNC renovated a full-sized house on the property in 2017, in which a low-income family now lives.

While not oriented with any one faith, THiNC’s founders Coyla Shepard and Marilee Johnson work with a number of churches, organizations, businesses, and volunteers whose cumulative efforts have resulted in making a dent in providing workforce housing.

“THiNC is focused on keeping our local, low income workers here by providing affordable housing,” said Coyla Shepard. “Many of our local businesses are struggling to stay open and some have already reduced hours due to a housing shortage, which has resulted in workers leaving the Island.”

Pending installation of utilities by Clinton contractor Madsen Enterprises, the tiny homes edge closer to completion and eventual occupation. Tenants will pay rent on a sliding scale based on income. Their applications will be screened by the Island County Housing Support Center, which provides rental assistance to qualified applicants.

Regarding the tiny home village Coyla is shepherding, Mary added, “You’ve got to hand it to Coyla. She persevered when no one else would.”

Coyla added, “I have the best of helpers, Judy Thorslund being one of them.”

Judy Thorslund, a force of nature when it comes to finding out-of-the-box solutions to help people without homes, is the founder and former president of the Whidbey Homeless Coalition.  She has since retired from her role with the non-profit, preferring to work at the grass-roots level and be an advocate ‘for the poor and vulnerable.’ She devotes much of her time these days volunteering with THiNC, when she is not out and about helping the down and out.

In a recent phone call, Coyla said she wished there was a story every day in the papers about our island’s people who can not find housing. ‘People don’t realize the horror and degradation of being homeless,” she said. “A roof. A door. A key to lock the door. A light. Without a home, they can’t get a driver’s license. We take the ones with nothing.”

Students from Woodhaven High School Initiative, a Community-Inspired non-profit, helped build a portico and porch on the cottage on Feb. 18. Enrolled in the Learning Lab Wood Shop at Langley, the young people worked with Joe Whisenand, who runs the wood shop program. Joe said his program was in touch with THiNC over two years ago. 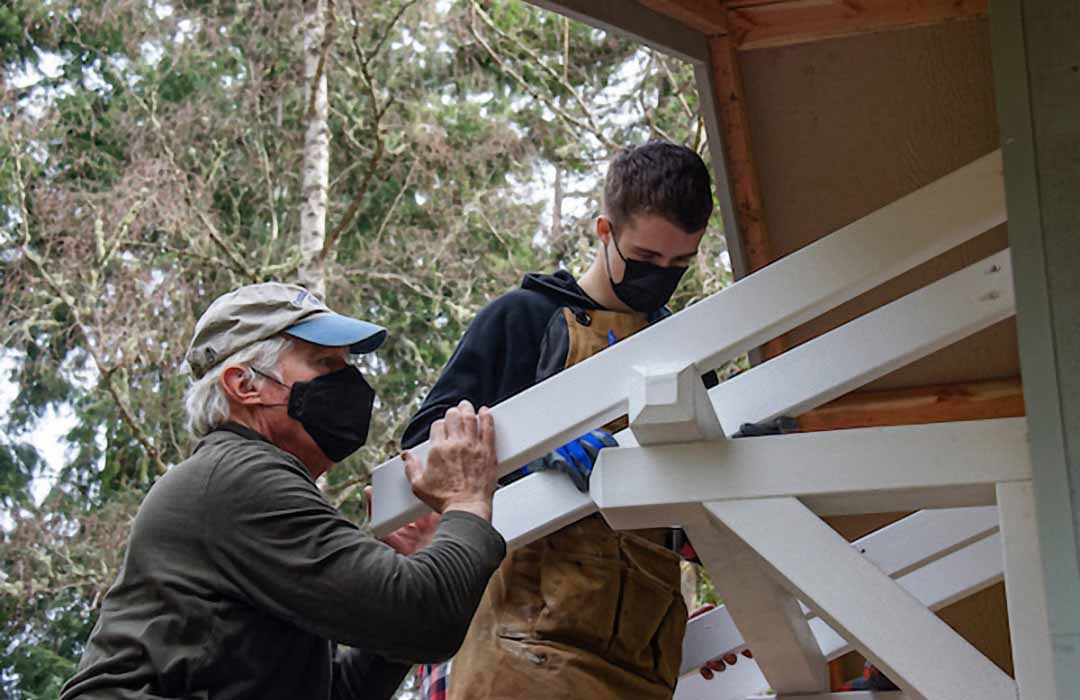 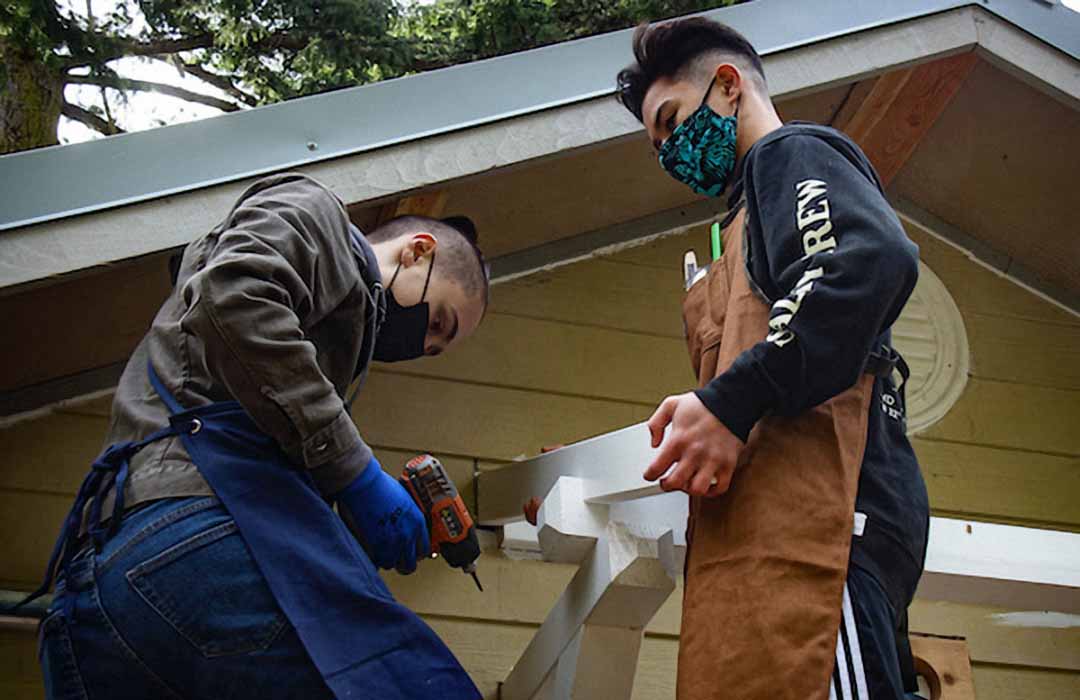 “We’re here and ready to help,” Joe wrote in a text message. “We ran two previous Construction Prep classes, for high schoolers who wanted to get ready for a summer job, (and possibly a career), in some segment of construction trades. This particular tiny home project is just across the street from the Learning Lab’s Wood Shop—it’s not a giant leap of logic to see the natural fit. We’re already lined up for more building projects to add value to the development. It’s all practical application and a fabulous learning opportunity for the student/participants.”

The Living Design Foundation, which financially and administratively supports the Learning Lab at Langley, is comprised of three programs: The Wood Shop, The Kitchen, and The Greenhouse/Garden. The programs provide a platform for instructors in each of the classes to pass on generational learning to their students. For instance, instructors from the Whidbey Island Woodworkers Guild have held more than 225 classes in the past four years. 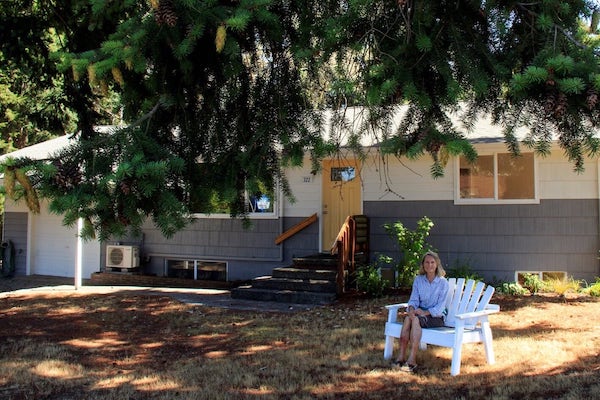 Regarding the students’ learning practical construction skills in high school, Marli Jenkins, Woodhaven High School’s administrator, said, “This is such a great experience for these students. It’s important to have the my children’s awareness raised around homelessness. I’m grateful they and our other Woodhaven students get to work with Joe.”

Visit THiNC’s website to volunteer and/or make a donation to the nonprofit.

For further information regarding housing assistance, visit these websites: 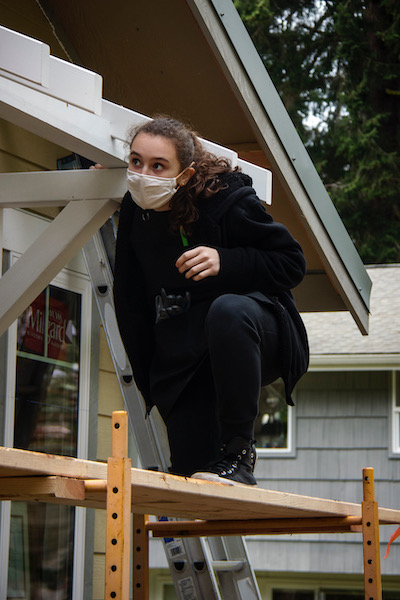 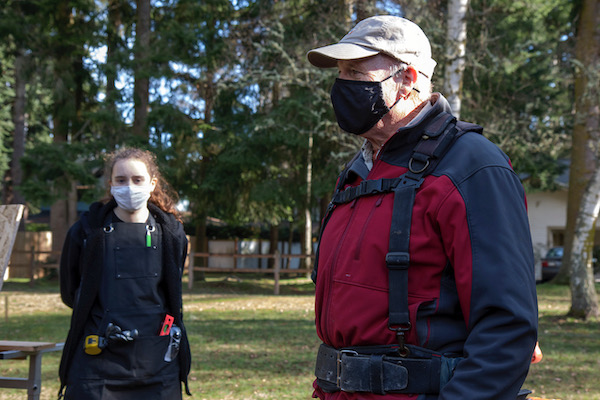